Our URL Has Changed:
Now find APS at physiology.org and find our journals at journals.physiology.org.
Learn More

Since 2001, the Caroline tum Suden/Frances Hellebrandt Awards have provided funds for trainees to attend the APS annual meeting. In 2007, the Steven M. Horvath Awards were established to award the two top ranked applicants from underrepresented groups. The Fleur L. Strand Award followed suit in 2011, awarding the overall top ranked applicant.

In addition to the monetary award, the APS annual meeting at Experimental Biology registration fee will be reimbursed.

Candidates must apply to the Caroline tum Suden/Frances Hellebrandt Professional Opportunity Awards, Applicants must submit a copy of their abstract and a letter describing their role in the project. Applications are reviewed for:

Applications are only accepted via online submission.

Award at a Glance

Who can apply: Graduate students and postdocs who submit a first author abstract to the APS annual meeting.

Who was Caroline tum Suden, PhD?

Caroline tum Suden was born in San Francisco, California in 1900. She attended Berkley, and then obtained her M.A. at Columbia (1927), and a Ph.D. in Physiology from Boston University in 1933. Dr. tum Suden continued her work at the Physiological Laboratory of the Boston University School of Medicine and the Evans Memorial Hospital for twenty years (1927-1947) under her thesis advisor, Leland C. Hyman. Her research focused on the function of the adrenal gland, including the regulation of temperature, blood volume, and blood sugar, and vasomotor responses in totally and partially adrenalectomized rats. In 1947, Dr. tum Suden joined the faculty at Mt. Holyoke (a prestigious women’s only college) as an instructor, then Assistant Professor. In 1950 Dr. tum Suden was invited to join the staff of the Neurology Branch at the US Army Chemical Center at Edgewood Arsenal, Maryland where she primarily focused on neurobiology research, including investigations on the responses of voluntary muscle to electrical stimulation and acetylcholine injection.

Dr. tum Suden became a member of the American Physiological Society in 1936 and was a strong advocate for women in science. Following her death in 1976, the Women’s Caucus and Council of the APS established the Caroline tum Suden awards (1982), with the first awardees in 1983. The Caroline tum Suden Professional Opportunity Awards are a legacy to Dr. tum Suden’s commitment to physiological research and the advancement of women in science.

The Caroline tum Suden/Frances Hellebrandt Professional Opportunity Awards were established in 2001. These awards provide funds for junior physiologists to attend and participate fully in the Experimental Biology meeting. 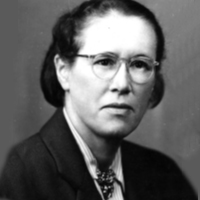 Who was Frances A. Hellebrandt, MD?

Frances Anna Hellebrandt was born in Chicago, Illinois in 1901 to immigrants from Czechoslovakia. She earned her B.S. in Physical Education from the University of Wisconsin-Madison in 1928, and continued as an assistant in the anatomy department from 1924-1927. There, she developed an interest in physical exercise with a particular interest in the effect of exercise in women. She questioned the traditional roles and attitudes of women present at the time, and challenged the gender-based exercise practices of that period. She continued her studies in Madison, completing her medical degree in 1929, followed with postgraduate education and training in Physical Medicine and Rehabilitation (PM&R). Following her residency, Dr. Hellebrandt was offered an Assistant Professor position and head of the Laboratory in Exercise Physiology at the University of Wisconsin-Madison, filling the shoes of her previous mentor, Dr. Percy Lawson.

Dr. Hellebrandt faced significant negative attitudes from male peers, yet continued to provide a training ground for all students at one of the few exercise physiology research laboratories in the country. Following a sabbatical in Prague, Czechoslovakia in 1935, she received a research award from the American Academy of Physical Education for “researches in the physiology of exercise especially in the dynamics and physiology of posture” in 1940. In 1944, Dr. Hellebrandt left UW-M as an Associate Professor, and accepted a position of Professor of Physical Medicine at Medical College of Virginia (MCV), and Director of the Baruch Center of PM&R, a newly developed initiative to aid in the treatment and rehabilitation of WW II veterans. In 1946, Dr. Hellebrandt also oversaw development of one of only two PM&R residency programs in the south. Dr. Hellebrandt was instrumental in developing and implementing a philosophy of comprehensive rehabilitation (physical, mental and vocational) of war veterans to return home to an active and productive life following injury.

Who was Steven M. Horvath, PhD?

Steven M. Horvath, Ph.D. was a 64-year member of the American Physiological Society, joining in 1943. Dr. Horvath obtained a B.S. in chemistry from Oberlin College, a B.A. in chemistry and physical education, as well as an M.S. in physiology from Miami University of Ohio. In 1939, Dr. Horvath commenced his Ph.D in Biological Sciences at the Harvard Fatigue Laboratory, under the tutelage of Dr. D. Bruce Dill. In the Harvard Fatigue Lab, Dr. Horvath began performing field studies of individuals working in extreme temperatures and altitude. This line of work continued while Dr. Horvath was at the US Army Armored Medical Research Lab at Fort Knox during World War II, during which time he traveled to the South Pacific and Arctic to study the ability of normal young men to survive and adapt to stressful situations. In 1961, Dr. Horvath joined the faculty of the Department of Physical and Health Education at the University of California, Santa Barbara, where he established and served as the director of the Institute of Environmental Stress (1962-1984). During this time, he studied marathon runners during competition to investigate human exercise capacity under competitive conditions and the post-race recovery process. Recognizing the importance of adapting to stress during the aging process, Dr. Horvath worked on the proposal to establish the Center for Aging Research at University of California, Santa Barbara. In 2001, Dr. Horvath became Professor Emeritus at the University of Buffalo, SUNY.Dr. Horvath took great pride in the achievements of his students, post-docs and colleagues, and during his career he authored over 550 book chapters and peer-reviewed manuscripts

The Steven M. Horvath Professional Opportunity Award was established by his three children after his passing on March 21, 2007. This award provides funds for junior physiologists to attend and participate fully in the Experimental Biology meeting, and is granted to the top ranked underrepresented minority graduate student or postdoctoral fellow applicants of the Caroline tum Suden/Frances Hellebrandt Professional Opportunity Awards. 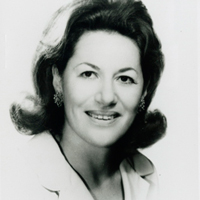 Who was Fleur L. Strand, MD?

In addition, Dr. Strand was a highly productive research scientist, and a pioneer of “neuropeptide” concept. She was the first to demonstrate how the stress-induced hormone ACTH can modulate the peripheral nervous system. Dr. Strand authored multiple textbooks and research articles, and co-founded several professional societies, including the International Neuropeptide Society. In 1976, Dr. Strand was named a Fellow of the New York Academy of Sciences, and elected as president of this society in 1987.

Dr. Strand passed away in 2011, leaving a legacy of students behind her. In recognition of outstanding achievements in physiology research and mentoring, Dr. Strand’s former graduate students established the Fleur L. Strand Professional Opportunity Award from the American Physiological Society. This award recognizes the achievements of a young physiologist (graduate student or postdoctoral fellow), enabling the recipient to attend the Experimental Biology meeting. It is granted to the top ranked Caroline tum Suden/Frances Hellebrandt Professional Opportunity Award applicant.