Outstanding Undergraduate Abstract Awards
The award will be presented annually. The award consists of:

Excellence in Undergraduate Research Awards
This award consists of:

Applications must be submitted using the APS Online Awards Site. Applications shall consist of:

Final selection of the Outstanding Undergraduate Abstract Award recipients will be made by the Physiology Educators Committee.

Final selection of the Excellence in Undergraduate Research Awards will be made by a panel of judges at the EB meeting.

Applications are only accepted via online submission.

Award at a Glance

Who can apply: Undergraduate researchers who submit a first author abstract to the APS annual meeting. 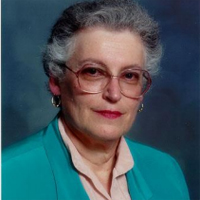 Who is Barbara A. Horwitz, PhD?

Distinguished Professor
School of Medicine at the University of California, Davis

Dr. Barbara Horwitz, a Distinguished Professor in the Department of Neurobiology, Physiology, & Behavior in the College of Biological Sciences and the Department of Physiology & Membrane Biology in the School of Medicine at the University of California, Davis, earned her PhD in Physiology from Emory University, did her postdoctoral work at UCLA and UC Davis, and joined the UC Davis faculty as an Assistant Professor. Her research program has centered on neural and hormonal regulation of energy balance including mechanisms underlying adrenergic regulation of energy expenditure; the role of mitochondrial uncoupling proteins in energy balance, oxidative stress, and neuroprotection; and mechanisms in mammalian hibernators providing neuroprotection and survival in extreme environments. She has published ~200 research papers in these and related fields, many in collaboration with John Horowitz. Committed to providing students with research experience, she has mentored more than 350 undergraduates and 28 graduate students who have worked in her lab, and she is the program director of three NIH-supported training programs for underrepresented undergraduate and graduate students. She has served as Department Chair, as Vice Provost for Academic Affairs, and as Interim Provost & Executive Vice Chancellor at UC Davis as well as President of the American Physiological Society and President of the Society for Biology and Experimental Medicine. Dr. Horwitz has been recognized by numerous campus and national awards for her scholarship, her teaching, and her mentoring, and she is an elected Fellow of the AAAS and of the American Physiological Society. 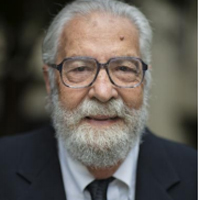 Who is John M. Horowitz, PhD?

Research Professor
College of Biological Sciences at the University of California, Davis

Dr. John Horowitz is a Research Professor in the Department of Neurobiology, Physiology, & Behavior in the College of Biological Sciences at the University of California, Davis. He received his BS and MS degrees in electrical engineering at UC Berkeley, worked for several years as a research engineer, and then returned to UC Berkeley, where he earned his PhD in Biophysics. Hired as an Assistant Professor at the University of California, Davis, he established a research program focusing on signal processing in the visual system, central regulation of temperature in cold environments, hippocampal cellular neuroplasticity mechanisms, and neural mechanisms in mammalian hibernators that provide neuroprotection and survival in extreme environments. He has published ~80 research papers in these and related fields, many in collaboration with Barbara Horwitz. Additionally, he has mentored 31 graduate students in his lab and collaborated with Barbara Horwitz in mentoring undergraduates in joint projects. He has served as Department Chair as well as Chair of numerous UC Davis Academic Senate/administrative committees; he has been recognized by UC Davis for his excellence in teaching and scholarship; and he is a long time member of the APS and the Society for Neuroscience.