Due to a high volume of submission traffic, the abstract deadline for the American Physiology Summit has been extended to Sunday, December 11 at 11:59 p.m. PST.

The Council meets for three meetings each year: at the Society’s annual meeting in the spring; following the society leadership retreat in the summer; and in the fall. 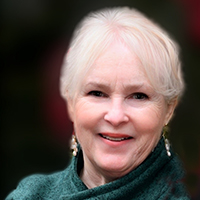 Dee U. Silverthorn, PhD, FAPS, FAAA, FAAAS, is a professor emerita in the Dell Medical School at the University of Texas at Austin (UT Austin). She was previously a Distinguished Teaching Professor of Physiology at UT Austin. She earned her doctorate from the University of South Carolina.

Silverthorn has served the Society on the APS Council, as past chair and secretary of the Teaching of Physiology Section and as a past representative to the Joint Program Committee. She was editor-in-chief of Advances in Physiology Education from 2001 to 2007, is the outgoing chair of the Book Committee and is a member of the Team 2023 Task Force, a group of APS member leaders tasked with assisting in the development of the Society’s new annual meeting, PHYSIOLOGY 2023.

Silverthorn is a past recipient of the APS Guyton Educator Award and the University of Texas Regents’ Outstanding Teaching Award and has received 11 other teaching awards through the University of Texas. She received FAPS status in 2015 and is a Fellow of the American Association of Anatomy (AAA) and of the American Association for the Advancement of Science (AAAS). 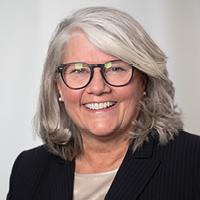 Jennifer Pollock, PhD, FAPS, FAHA, holds an endowed professorship in nephrology in the Department of Medicine, Division of Nephrology at the University of Alabama at Birmingham (UAB). She is also the co-director of the Department of Cardio-Renal Physiology & Medicine and co-director of the Center for Clinical and Translational Sciences TL1 Predoctoral Training Program at UAB. Pollock earned a doctorate in chemistry from the University of North Carolina at Chapel Hill. 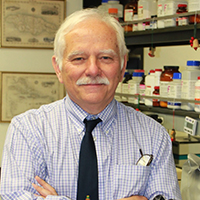 Willis K. “Rick” Samson, PhD, DSc, FAPS, is professor of pharmacology and physiology and director of biomedical science graduate programs in the School of Medicine at Saint Louis University (SLU). He earned his bachelor’s degree in chemistry from Duke University in Durham, North Carolina; his PhD from the University of Texas Health Science Center at Dallas; and his DSc from Westminster College in Fulton, Missouri. Samson is the vice chair of the SLU School of Medicine’s Pharmacology and Physiology Department and a member of SLU’s COVID-19 Task Force. He serves on study sections and editorial boards for a number of scientific organizations and journals.

Samson served the Society on the APS Council from 2016 to 2019 and was a member of the Joint Program and Public Affairs committees as well as the Committee on Committees. He is also a former member of the Endocrinology and Metabolism Section Steering Committee and is a current member of the APS Fellows Committee. Samson is a past associate editor and editor-in-chief for the American Journal of Physiology-Regulatory, Integrative and Comparative Physiology and is currently deputy editor of Physiological Reviews. 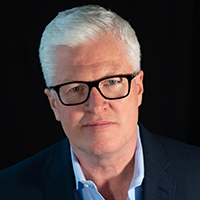 Scott Steen, CAE, FASAE, was appointed as the executive director of the American Physiological Society in July of 2018. The Society is a global leader in expanding knowledge related to biological function, championing the importance of physiology for achieving breakthroughs in health, disease and our understanding of life. Previously, Scott led two science-focused organizations: the American Ceramic Society – a science and engineering society - and, most recently, American Forests. During his tenure at both organizations, he presided over substantial increases in revenue, membership growth, innovation, and member engagement.

While Scott was president & CEO of American Forests, membership tripled, the organization launched several new, high profile initiatives, and operating revenue nearly doubled. The organization also received media coverage in such outlets as The New York Times, USA Today, The Washington Post, and NPR, and was named one of the best managed environmental charities in America by Outside Magazine. Scott has also served as chief strategy officer at the American Society of Association Executives (ASAE), and chief operating officer of the Center for Association Leadership, a think tank and education center for association managers and leaders. He is a Certified Association Executive (CAE), a fellow of ASAE, and a frequent author and speaker on topics that include managing organizational change, creating cultures that support innovation, storytelling as a leadership tool, branding, member engagement, and future trends in association management. 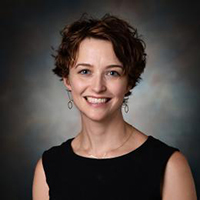 Lacy Alexander, PhD, FACSM, is a professor of kinesiology at Pennsylvania State University in University Park (Penn State). She earned her doctorate in kinesiology from Penn State as well. Alexander is a past member of the APS Career Opportunities in Physiology Committee and was the Environmental & Exercise Physiology Section (EEP) representative to the Joint Program Committee from 2016 to 2019. She is the current chair of the EEP Section, a member of the Section Advisory Committee and an associate editor for the Journal of Applied Physiology.

Alexander is a past recipient of Penn State’s Pattishall Outstanding Research Achievement Award, the APS EEP New Investigator Award and the APS Cardiovascular Section Early Investigator Research Recognition Award. She is a Fellow of the American College of Sports Medicine (ACSM). 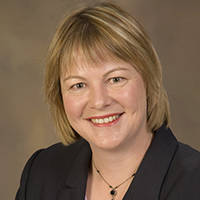 Heddwen Brooks, PhD, is a professor of physiology and past chair of the Physiological Sciences Graduate Program at the University of Arizona. She earned her doctorate from Imperial College, London, U.K.

Brooks is editor-in-chief of the American Journal of Physiology-Renal Physiology. She has served APS as a former chair of the Renal Section; a member of the Section Advisory and Education committees; and as a past member of the Committee on Committees. Brooks was also Joint Programming Committee representative for the Sex and Gender Interest Group. She has served as faculty for APS professional skills training workshop Writing and Reviewing for Scientific Journals and as associate editor of the American Journal of Physiology-Regulatory, Integrative and Comparative Physiology. She serves on study sections for the American Heart Association, Veterans Affairs and National Institutes of Health. Brooks’ research examines sex differences in hypertension, diabetes and the immune system. 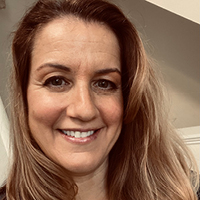 Nisha Charkoudian, PhD, is a research physiologist at the U.S. Army Research Institute of Environmental Medicine in Natick, Massachusetts. She received her PhD in physiology from the University of Texas Health Science Center at San Antonio. She completed postdoctoral training at the Mayo Clinic in Rochester, Minnesota. 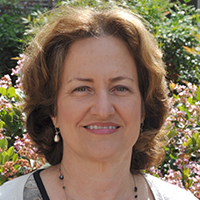 Margarita Curras-Collazo, PhD, FAPS, is a professor of neuroscience at the University of California, Riverside. She earned her doctorate in medical physiology from The Ohio State University. Curras-Collazo has served the Society in a variety of capacities, including program co-organizer for the inaugural California chapter of APS, past member and chair of the Porter Physiology Development Committee (now called the Diversity, Equity & Inclusion Committee), member of the Central Nervous System Section steering committee, Career Opportunities in Physiology Committee, APS-ADI Mastermind Group and as an undergraduate summer research host. She continues to serve on the editorial board for the American Journal of Physiology-Endocrinology & Metabolism. 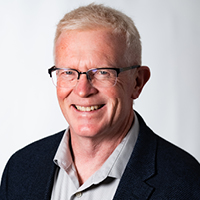 Michael Hedrick, PhD, FAPS, is a professor in the Department of Biological Science at California State University, East Bay (CSUEB). He earned his PhD in zoology from the University of British Columbia in Canada. Hedrick is a former department and academic senate chair. An APS member since 1991, Hedrick is a past chair of the Comparative & Evolutionary Physiology Section and has served on the Nominating, Section Advisory and Publications committees. He is on the editorial boards of multiple physiology journals, including the American Journal of Physiology-Regulatory, Integrative and Comparative Physiology, and for APSselect.

His honors include appointment as a Fellow of the California Academy of Sciences and outstanding professor awards. Hedrick received FAPS status in 2018. 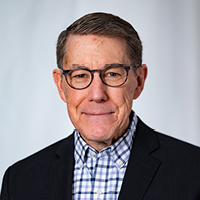 William F. Jackson, PhD, is a professor of pharmacology and toxicology at Michigan State University (MSU). He earned his PhD in physiology from MSU. An APS member since 1978, Jackson has served the Society as a member of the Education, Joint Program and APS Fellows committees and the Committee on Committees. He is the current past chair of the APS Cardiovascular Section and continues to serve on the editorial board of the American Journal of Physiology-Heart and Circulatory Physiology. Jackson is also a longtime reviewer for the American Journal of Physiology-Heart and Circulatory Physiology and the Journal of Applied Physiology. 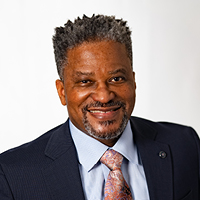 Dexter Lee, PhD, is an associate professor of physiology at Howard University College of Medicine in Washington, D.C. He is also co-director of the Research Centers at Minority Institutions professional development program and is co-director of the Georgetown-Howard Universities Centers for Clinical and Translational Sciences TL1 program. Lee earned his doctorate in physiology from the University of Missouri-Columbia.

Lee was the inaugural president of the Greater Washington, D.C., Area chapter of APS; has served as a reviewer for the American Journal of Physiology-Regulatory, Integrative and Comparative Physiology; is a member of the Career Opportunities in Physiology Committee; and is a past keynote speaker for the APS Minority Travel Fellows luncheon at Experimental Biology. He has received numerous NIH awards and is a past recipient of the APS Early-career Research Award. 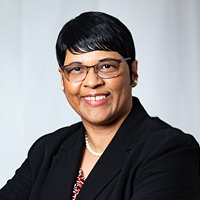 Evangeline Motley-Johnson, PhD, is the interim dean of the School of Graduate Studies and Research and a professor in the Department of Microbiology, Immunology and Physiology at Meharry Medical College in Nashville, Tennessee. She received her PhD from Howard University in Washington, D.C., and pursued her postdoctoral training at the University of Cincinnati. 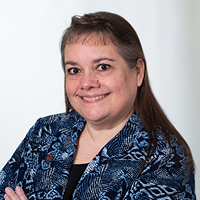 Ann Schreihofer, PhD, FAPS, is a professor of physiology and anatomy at the University of North Texas Health Science Center. She earned her PhD in neuroscience from the University of Pittsburgh. An APS member since 1993, Schreihofer has served on a variety of APS committees, including the Women in Physiology and Joint Program committees and is a past chair of the Section Advisory and the Central Nervous System (CNS) Section steering committees. She is an associate editor for the American Journal of Physiology-Regulatory, Integrative and Comparative Physiology.