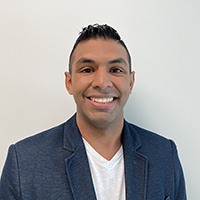 Findings have implications for human and environmental health

Rockville, Md. (April 27, 2021)—The popular herbicide Roundup® has been in the news because of concerns its main ingredient, glyphosate, might cause cancer. Now researchers from Florida Atlantic University (FAU) are evaluating the pesticide for potential neurological impacts. This week, the scientists will present their work virtually at the American Physiological Society’s (APS) annual meeting at Experimental Biology 2021.

The roundworm Caenorhabditis elegans (C. elegans) is a microscopic worm that lives in soil and feeds on bacteria. Scientists have studied it extensively since the 1960s to better understand fundamental physiological processes of the animal kingdom. Because roughly 38% of its genes have counterparts in humans, findings in C. elegans can inform our understanding of human biology.

The FAU researchers exposed the C. elegans to varying formulations of Roundup®, glyphosate and saline controls. They then induced seizure-like behavior in the worms and measured how long it took for them to resume normal behavior. Exposure to Roundup® doubled the duration of the convulsions in the worms. The concentration of Roundup® in the study were 1,000 times lower than that approved by the U.S. Environmental Protection Agency for use in humans.

In some trials, the researchers administered sodium valproate, an anti-epileptic drug approved by the U.S. Food and Drug Administration. The sodium valproate ameliorated the effects of the Roundup® in the worms. The fact that a drug known to alleviate seizures in humans also alleviated the seizure-like behavior in the C. elegans implies that the mechanism being disrupted by the Roundup® is one humans share with the worms. Lead author Akshay Naraine, MSc, calls for further study of these effects in mammalian models “to further evaluate both physiological and behavioral risks in humans.”

In addition to demonstrating a potential risk for humans, these findings “could have enormous implications for … the ecology where Roundup® is used,” Naraine explains. “The broader implications of our work raise serious concern over the ecological impact that trace concentrations of glyphosate pose to invertebrate organisms in the soil. Taken in a translational light, these findings spur further exploration into how glyphosate and Roundup® affect seizure and behavioral symptomology in mammals.”

NOTE TO JOURNALISTS: To schedule an interview with a member of the research team, or to request the abstract, “Roundup® and glyphosate exposure elicits proconvulsant behavior in C. elegans,” please contact the APS Communications Office or call 301.634.7314. Find more research highlights in the APS Newsroom.

About Experimental Biology 2021
Experimental Biology is the annual meeting of five societies that explores the latest research in physiology, anatomy, biochemistry and molecular biology, investigative pathology and pharmacology. With a mission to share the newest scientific concepts and research findings shaping clinical advances, the meeting offers an unparalleled opportunity for global exchange among scientists who represent dozens of scientific areas, from laboratory to translational to clinical research.

About the American Physiological Society
Physiology is a broad area of scientific inquiry that focuses on how molecules, cells, tissues and organs function in health and disease. The American Physiological Society connects a global, multidisciplinary community of more than 10,000 biomedical scientists and educators as part of its mission to advance scientific discovery, understand life and improve health. The Society drives collaboration and spotlights scientific discoveries through its 16 scholarly journals and programming that support researchers and educators in their work.