In 1887, twenty-eight doctors and scientists founded the American Physiological Society to promote the advancement of physiology and facilitate interaction among American physiologists. At the time, only a handful of physiological laboratories existed in the U.S. and few investigators. The organizational meeting of the Society was held on December 30, 1887, at Columbia University with seventeen people in attendance.

Of the twenty-eight charter members, five men are considered the founders of the Society. Three of them, Henry Pickering Bowditch, S. Weir Mitchell, and Henry Newell Martin, were signers of the original letter of invitation to attend the organizational meeting. Two others, Russell H. Chittenden and John Green Curtis, played such prominent roles in the founding and early history of the Society that they too have been honored as founders. 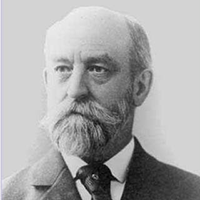 Henry Pickering Bowditch was chosen the first President of APS at the organizational meeting in 1887. He served in 1888 and again from 1891 to 1895, a total of six years. A graduate of Harvard Medical School, Bowditch studied physiology with Barnard in France and Ludwig in Germany. Appointed assistant professor of physiology at Harvard Medical School in 1871, he established the first university laboratory of experimental physiology in America. Several of the charter members of APS, among them F. W. Ellis, G. S. Hall, W.P. Lombard, C. S. Minot, I. Ott, and J. W. Warren, had worked with him in his laboratory. His research touched on a wide variety of subjects including the indefatigability of nerves, the function of cardiac muscle, ciliary motion, the knee-jerk response, and the growth of children. 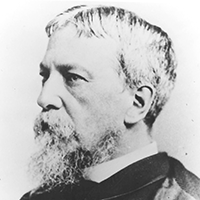 S. Weir Mitchell, the eldest and most distinguished at the time of the three signers of the letters of invitation to join APS, presided over the organizational meeting of December 30, 1887. It was said that he initiated the idea of forming the Society. He would no doubt have been elected first president had he not taken himself out of the running. He served instead as second president of APS for two years, 1889 and 1890. A graduate of Jefferson Medical College, Mitchell studied physiology in Paris with Claude Bernard. Unable to obtain a post as professor of physiology, he set up a private physiological laboratory in Philadelphia and became the outstanding American physiologist in the period before the establishment of university laboratories. His experimental work dealt with such topics as snake venom, the function of the cerebellum, the knee jerk, and the physiology and pathology of nerves. 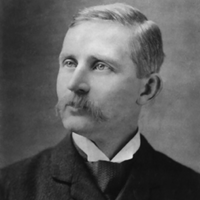 H. Newell Martin was the first secretary-treasurer of APS, serving from the organizational meeting in 1887 through 1892. It was because of Martin's foresight that the APS now has records that go back to the very beginning of the Society. Born in Ireland, Martin received a medical degree at the University of London and was a student of Michael Foster at Cambridge University. On the strong recommendation of Thomas Henry Huxley, Daniel Coit Gilman, President of the newly founded Johns Hopkins University, chose Martin in 1876 to head the Department of Biology. Martin set up a physiological laboratory and trained six of the charter members of APS. As an investigator, he is best known for his preparation of the isolated mammalian heart. 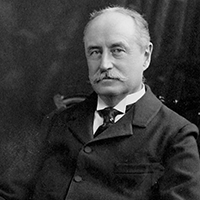 The organizational meeting of APS was held in John G. Curtis's physiological laboratory at Columbia. Curtis was on the first Council of the Society and remained an active member. While not a major investigator himself, he did much to stimulate physiological research and teaching in America. After taking his MD at the College of Physicians and Surgeons, Curtis began medical practice but was drawn into physiological research by John Call Dalton, professor of physiology at Columbia. In 1883 when Dalton became dean of the medical school, Curtis succeeded him in the Department of Physiology. Curtis and Mitchell were the earliest members of the Society to take an active interest in the history of physiology. Curtis's enthusiasm for collecting and studying the works of great masters of physiology led him to write Harvey's Views on the Circulation of the Blood published posthumously in 1915. 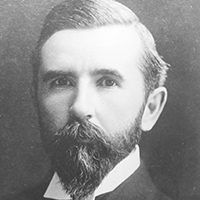 Russell H. Chittenden has the distinction of serving as the Society's president for the longest period of time, from 1896 through 1904, a total of nine years. Unlike the other founders, Chittenden did not have a medical degree. Trained in agricultural chemistry at the Sheffield Scientific School, Yale, he studied biochemistry and physiology in Germany. In 1882 he established at the Sheffield Scientific School the first laboratory of "physiological chemistry" (biochemistry) in America and did pioneer work in the chemistry of nutrition and digestion. His laboratory trained many early members of APS and was responsible for a good portion of the papers published in the early volumes of the American Journal of Physiology.