The APS Center for Physiology Education will elevate the way you teach.

People who already have low vitamin D are at highest risk, may benefit the most 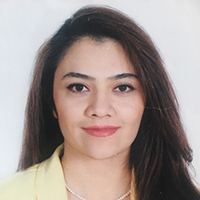 (Charlottesville, Va.) June 27, 2022—Vitamin D supplementation may help offset damaging bone loss that occurs in some people who take canagliflozin, a commonly prescribed diabetes drug. Researchers will present their work this week at the American Physiological Society (APS) and American Society for Nephrology Control of Renal Function in Health and Disease conference in Charlottesville, Virginia.

A class of diabetes drug called SGLT2 inhibitors has been shown to slow the progression of diabetes-related kidney disease and is increasingly being considered as a first-line treatment option for people with diabetes who have a high risk for developing kidney and heart disease. However, some studies have found SGLT inhibitors to negatively affect bone health by accelerating loss of bone mineral density and hampering the activation of vitamin D by the body. The combination of these events can increase the risk of bone fracture. Researchers from the University of Maryland School of Medicine hypothesize that people who already have lower-than-normal levels of vitamin D have an even higher risk of bone loss and possible fracture when taking SGLT2 inhibitors.

The research team studied adults from an Old Order Amish community in Lancaster, Pennsylvania. The researchers explained that they chose this population due to the availability of extensive genetic sequencing data, but also because, unlike commercially processed milk, the farm-fresh milk many people in the Amish community drink is not fortified with vitamin D. Therefore, it is more likely that Amish people consume less vitamin D from their diet than the general population in the U.S.

The research team explained that short-term study of vitamin D supplements to counter the adverse effects of SGLT2 inhibitors on bone health shows promising results, but more research is needed. “Longer term follow-up will be required to determine whether this accelerated loss of bone mineral density will eventually translate into an increased risk of bone fracture over the course of 10–20 years of chronic therapy,” said Zhinous Yazdi, MD, first author of the study. “Accordingly, we recommend that patients and physicians consider the possibility of taking vitamin D supplements to restore normal vitamin D status in vitamin D-deficient patients receiving (or who will receive) SGLT2 inhibitors.”

Funding for this conference was made possible, in part, by 1 R13 DK132924-01 from the National Institute of Diabetes and Digestive and Kidney Diseases. The views expressed in written conference materials or publications and by speakers and moderators do not necessarily reflect the official policies of the Department of Health and Human Services; nor does mention by trade names, commercial practices or organizations imply endorsement by the U.S. Government.

NOTE TO JOURNALISTS: The Control of Renal Function in Health and Disease conference will be held June 26–30 in Charlottesville, Virginia. To schedule an interview with the researchers, conference organizers or presenters, contact APS Media Relations or call 301.634.7314. Find more highlights in our Newsroom.